Implementing the Perceptron algorithm in Python

How the Perceptron works

1. Create and initialize the parameters of the network

In Perceptron, a single layer has two kinds of parameters: weights and biases.
Bias term is an additional parameter which is used to adjust the output along with the weighted sum of the inputs. Bias is a constant and often denoted as $w_0$.

2. Multiply weights by inputs and sum them up

Calculate the dot product of weights and inputs, and then add bias term to it. This operating can be done easily by using NumPy, which is the package for scientific computing in Python:
\[np.dots(weights, inputs) + bias\]
This sum value is usually called the input of the activation function, or pre-activation parameter.

The purpose of applying activation function is to convert a input signal of a node to an output signal. In more detail, it is restricting outputs to a certain range or value which enhance the categorization of the data. There are many different types of activation functions. Perceptron uses binary step function, which is a threshold-based function:
\[\phi (z)=\begin{cases} 1 & \text{ if } z>0\\ -1 & \text{ if } z\leq 0 \end{cases}\]

In Perceptron, the mean squared error (MSE) cost function is used to estimate how badly models are performing. Our goal is to find the parameters that minimizes this cost value.
The formula of MSE is:
\[\frac{1}{2m}\sum_{i=1}^{m}(y_i-\hat{y}_i)^2\]
where $m$: number of examples, $y$: true label vector, $\hat{y}$: output prediction vector.

6. Repeat step 2-5 until the convergence of cost function 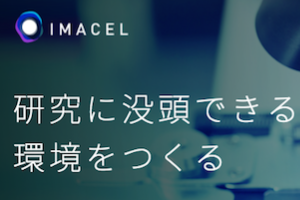